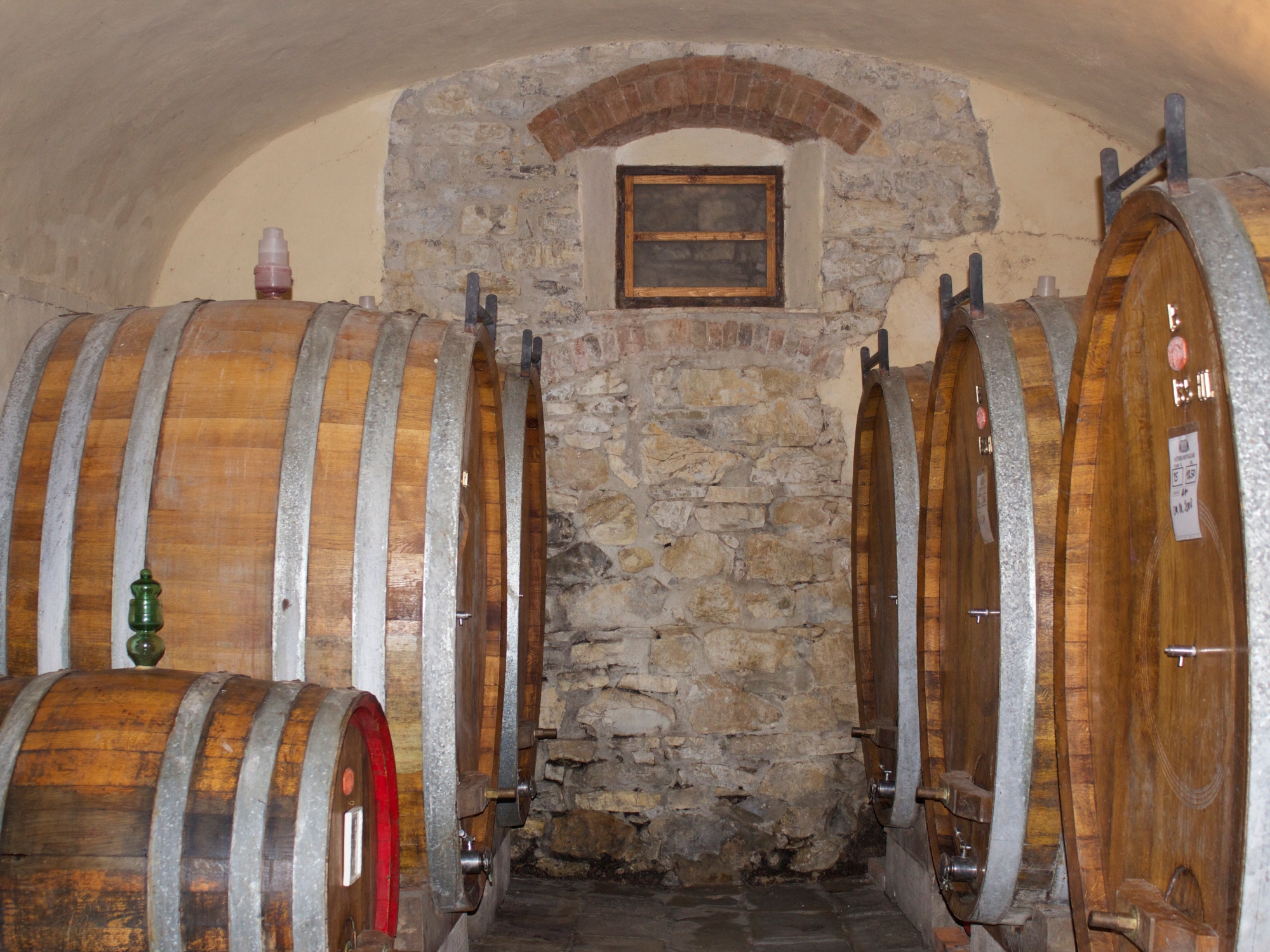 “Do you know why the Mona Lisa smiles”  says Mau (short for Maurizzio) our Florentine tour guide as we drive past the large image of the Mona Lisa on our way to our wine tasting. He patiently waits for us to ask why and then delivers the line that I’m sure he’s said on many a tour before… “because she’s from Tuscany.” It’s rumored that Leonardo Da Vinci found the muse of his infamous painting in the Chianti wine region of Tuscany. He was so inspired by the general contentment of the people in this region that he broke all rules of Renaissance art to portray it. As we drive up slender roads that hug hilltops and reveal stunning greenery around every corner, I can see traces of validity in Mau’s fun fact, even if I think he’s full of it. In pure Italian fashion, Mau takes us to a small vineyard and farm of a family friend called Montaglari. When I walk onto the premises, I can’t help but to mentally plan my dream wedding reception under the ivy covered entrance that welcomes us. 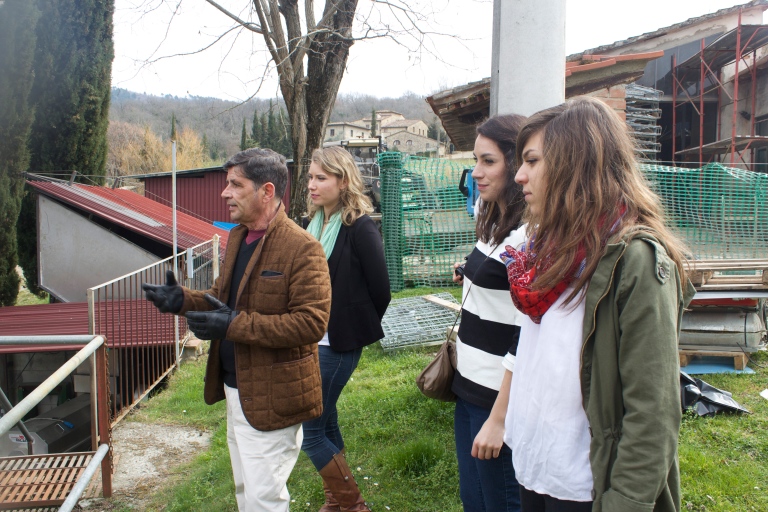 We pass old fossil like instruments and say hello to the friendly guard dog that seems to want to get his belly rubbed more than protecting the land from strangers like us. Mau shows us the grapevines and explains that what were looking at are Sangiovese grapes, which are exclusively grown in Tuscany. Chianti wine must be comprised of a minimum of 70% of Sangiovese grape to be considered Chianti and only vineyards in the original Chianti region can be considered Chianti Classico. This small sub-group of producers are authenticated by the black rooster or “gallo nero” labels on their bottles and crates. 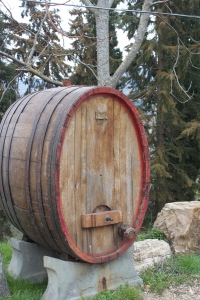 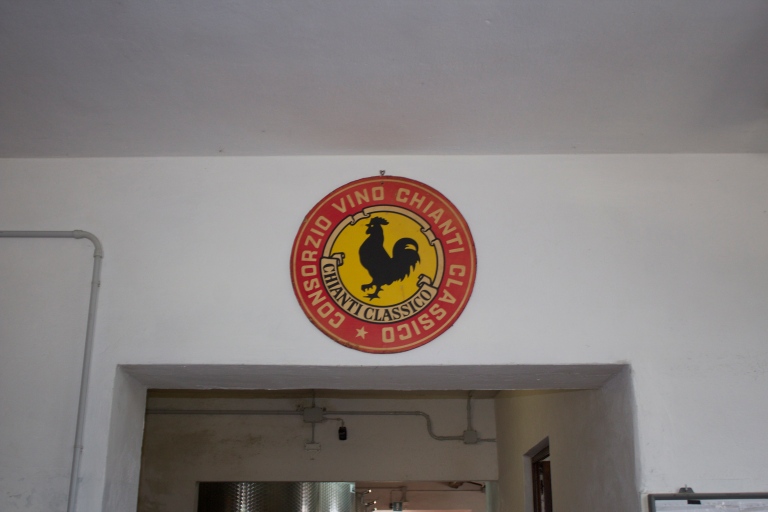 Mau then introduces us to the owner, Lorenzo. “Look at how many beautiful ladies I brought you,” says Mau to Lorenzo as we shake his hand. At the wine tasting, we’re pleasantly surprised with some of the best balsamic vinegar I’ve ever tasted in my life. It wasn’t bitter or even acidic like the balsamic were used to, but thick and sweet, almost like a syrup. You eat it with meats, cheeses, and deserts. We tried it on an amazing homemade apple pie at the vineyards restaurant. The combination of the tangy sweet balsamic and the sugary sweet apple was refreshing. Between the six of us, we topped off 3 bottles and left tipsy, full, and floating on air. 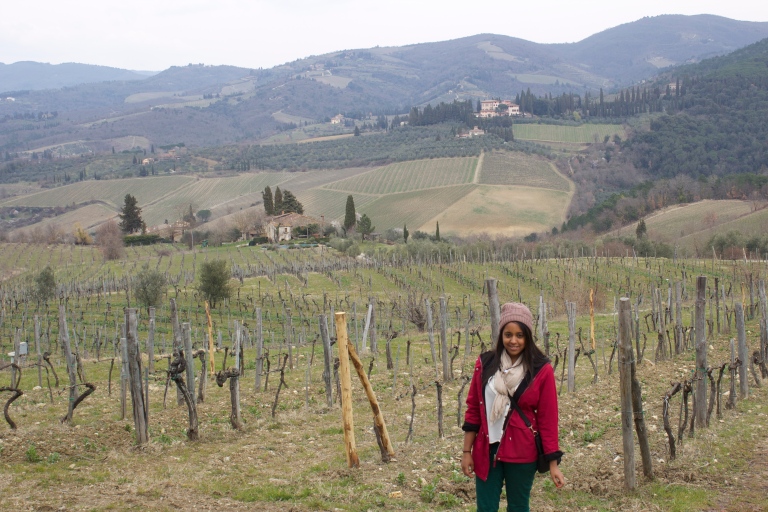 The wine tour wasn’t even the highlight of the trip. Despite Mau’s charm and patience, it was seeing Cortona. For Tuscany lovers or, if you’re like me, a lover of all movies involving divorcees on a soul searching journey to get their grove back, will recognize Cortona from Under the Tuscan Sun. This popular movie about a woman who bought a Villa in Tuscany right outside of Cortona, is part of the reason why we decided to stay a night in there. But it was Cortona’s charm and friendly people that made us come back on the way home from a day in Siena.  We unanimously felt that one night in the this picturesque and pleasant town just wasn’t enough. 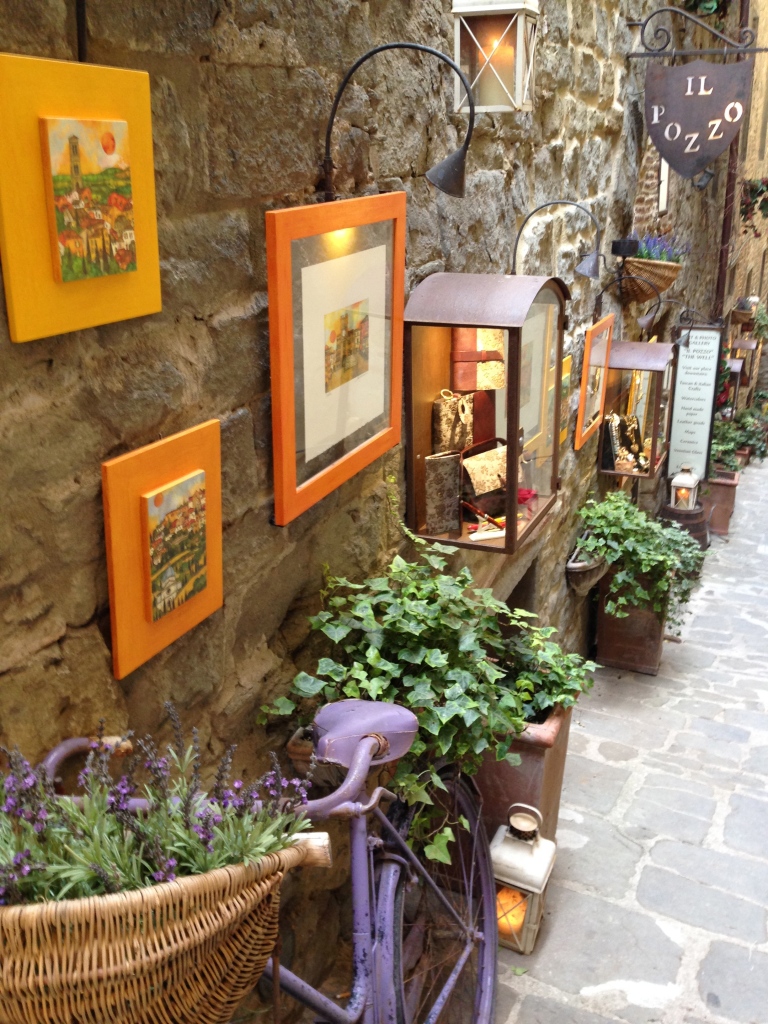 Truth be told, after living in Marche, I’m a little jaded to stunning beautiful countryside views. I compared it to Tuscany in the past and now that I’ve actually seen Tuscany, I stand by my assumption. They are both wonderfully panoramic, relaxing, and make you want to lie down and die in the grass and sun. Only in Tuscany, you’ll most likely die peacefully in your sleep after a glass or two of Brunesco di San Lorenzo.

Believe it or not, Marche wine is well loved in Italy though not publicized. Maybe it’s because most families make their own wine. And here is where I diverge to tell you about how I spend a typical Sunday in Marche. It’s relevant I promise. After sleeping in a bit, I make myself and American breakfast of eggs and toast, then join my host mother in her garden where she harvesting fennel or chicory.  I say hello to the chickens and bunnies. Then we make our way to my host mother’s house for a big Sunday lunch of homemade spinach tagliatelle or gnocchi con panne with pheasant or wild boar or lamb. Then I bug my host mother’s brother to show me his wine cellar. My host mother’s brother, Francesco is a quiet stoic type. I imagine he loves working on his parent’s farmland as much as his father or grandfather did before him and wouldn’t have it any other way. He talks to his dogs more than to his own family, but he’s always quietly observing with a smile as he strokes their fur. Francesco isn’t hard on the eyes either.  He’s got a nice built and sun bathed skin that has a natural glow of someone who works outside in the elements. My favorite part about him, besides his smile, is that one eye is blue and the other is light brown… it adds to his mysterious demeanor.

The first time he showed me the wine cellar, he was visibly nervous. Stumbling over his words and fidgeting with his hands. I don’t know why he was nervous, but I think it’s because a part of him knows that I want his body. Yes, I’m not ashamed to admit that I fantasize about him sometimes. You would too if you saw him.  And the fantasy goes something like this: After another amazing lunch, we go down to the wine cellar. He wants to show me a new tool he’s adding to the ancient apparatus passed down from generation to generation.  We try some of the wine to see if its ready and joke about how strong it is and how it’ll go straight to our heads and make us do things we wouldn’t usually do. I say it already has, lean in and gracefully brush his leg.  He closes the gap and gives me a passionate “I’ve been dying to do this for long” kiss and I’m sure you can finish this scenario on your own, but it involves nudity. Hey, who knows, it might happen. Wine is a powerful thing. Besides being a natural aphrodisiac, it’s a symbol of family life here in Italy. At vineyard #2, our gorgeous and bubbly guide, informed us, in all seriousness, that her father did not sit down at the table unless there was wine, not because he was an alcoholic, but because a meal wasn’t complete without it. In a land where family meal time is venerably upheld and the centerfold of everyone’s daily routine, an incomplete meal is damn near blasphemous. The meal is a source of pride for countryside Italians. You see it in the way mothers and grandmothers happily and willing spend hours in the kitchen everyday. I see it in how excited my host mother gets when I ask her for a recipe.  And I saw it those few days in Tuscany, in the enthusiasm and continuity of the vineyards.