Sitting in one of the many new cafes that are slowly, but surely shaping the culture of my quiet Brooklyn neighborhood and I’m struck by a sudden urge to find out my fellow cafe dweller’s stories.  What brings them here in the middle of a Thursday afternoon? Are they coming or going, are they launching or closing, is this their place of mindless retreat or place of inspiration? Or are we all just a bunch of unemployed smucks that need to get the hell out of our miniature sized apartments to convince ourselves we’re being productive?

These are the types of thoughts that went through my head over the 2 months following my return to New York after Italy as I filled my days with job applications sent out into the cyber abyss, interviews, networking events, and desperate reach outs to “reconnect” to a long and what seemed like a fruitless list of professional contacts. It’s funny how only when I’ve fallen into the deepest crevasses of boredom that the “Fuck it, time to hit the road” urge bursts out of the cage I entrapped it in for the sake of staying focused and dare I say “responsible”. And so, although those good intentions fiercely remain, I deprioritized them slightly to get in a another travel fix, a moment to recharge and get my inspirational juices flowing again…. no, not just flowing, cascading. 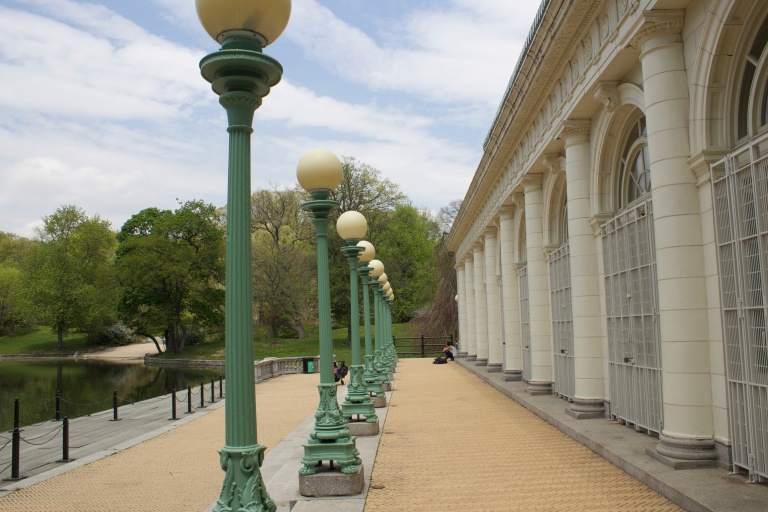 And that’s what brought me to Nashville, the first stop of the cross country road trip in a phase of my life I like to call “The Reentry”.  A time where I had to relearn how to be a working adult, an aggressive hustling New Yorker, a capitalist – minded American all within the boundaries that make me who I am, a traveler, a seeker of new emotional experiences, a restless child deep inside.  So when my good friend told me he was moving to San Francisco… the same friend I met up with in London… at first I cried a little… ok, a lot… then went through several phases of denial and jealousy, and then suggested getting there in a cross- country road trip. One last hurrah (!) before I could no longer see his beautiful face whenever I wanted to again. And if you can’t tell by my strong emotional reaction, this friend and I have, for lack of better words, an affectionate history. 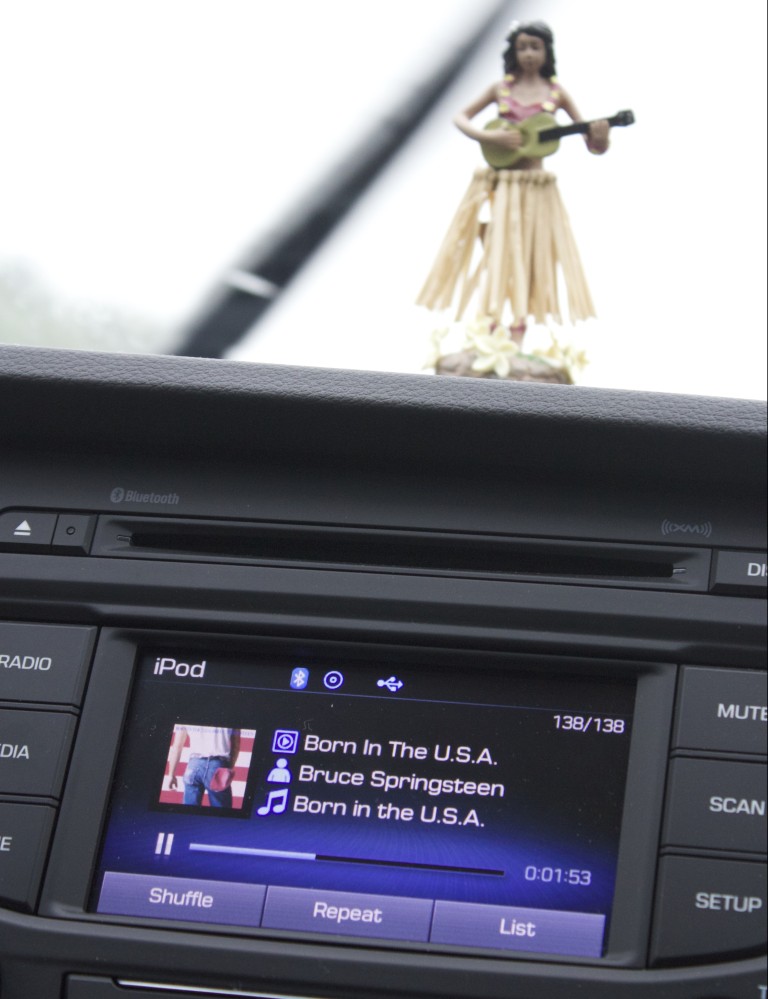 We planned an ambitious one and half week trip with our first stop in Nashville. Believe it or not, we made the 14 hour trip successfully, leaving at 6am and arriving around 8pm, entertained the whole way by a curated playlist of all american classics such as “Born in USA” and “Sweet Home Alabama”. The secret…resist the temptation for road side attractions and minimize pitstops to bathroom and lunch breaks only. I know it doesn’t sound like the adventurous and free spirit you’re supposed to have on road trips, but when you’re on a tight budget and timeline, efficiency is key.  Make up for it by taking the scenic route and take moments to enjoy the view of the many forests, hills, mountains, deserts, oceans and sunsets that compliment the boundless beast of a system that is the open road.

Nashville, or music city, a nickname in which it certainly lives up to, had everything I expected it to have… honky tonk, BBQ, lots and lots of country music… but with some subtle perks. It was lively, flourishing with a mix of old school cowboys and the young hipster chic. I never knew a fashion forward leather vest with a fake gun holsters paired with a skinny tie could look so good. Our Airbnb host, who’s home was so well designed, I almost wanted to stay the whole time in our cozy little upstairs mini apartment, told us that downtown Nashville’s Honky Tonk scene was for southern belle bachelorette parties and tourists, so naturally we had to check it out. She was right, too, we passed several drunk 20 something years olds on pedal pubs (think party bus on a bike) dancing and singing. 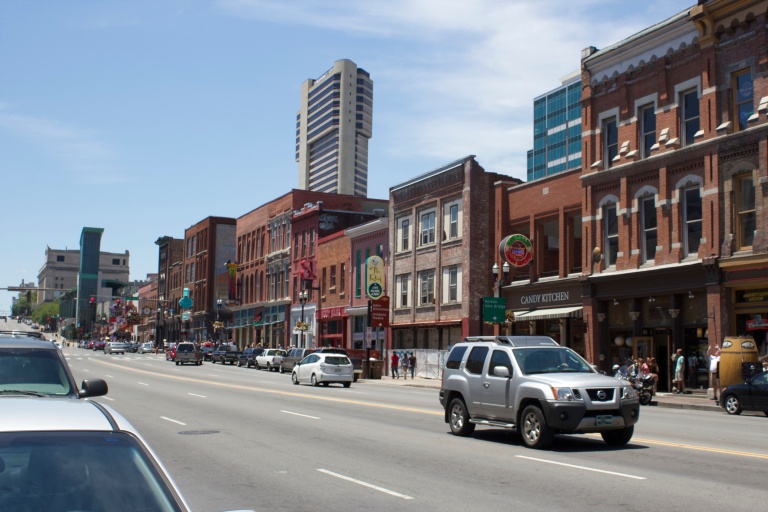 Everywhere you go, there is either live music of all kinds, or musical references to the country and rock greats, Jonny Cash, Elvis, Jerry Lee Lewis, etc. To freshen up on my limited country music knowledge, we went to the Johnny Cash Museum… a Nashville must. As I strolled through an array of memorabilia, I took in Johnny’s past and inspirations. It wasn’t until we got to his collection of letters written by American Presidents that it started to get interesting me for. This sections and the whole trip really sparked a sense of national pride I hadn’t felt since Obama’s first election in 2008. I listened to an audio of Cash reciting his “Ragged Old Flag” poem about a small town that proudly displayed an American flag that had survived major historical events dating back to the Revolution (yes THE revolution) and it nearly brought me to tears. It was the purest form of patriotism… a beautifully written poem about an American symbol.

Later that night, we enjoyed some live folk music over some Tennessee hot chicken. I’m admittedly a baby when it comes to spicy food, which is such a shame considering Mexican, Indian, and Thai are at the top of my food pyramid… but my body just can’t handle it. So of course I got the most mild possible and even that made my eyes water. As for the live music, we didn’t even need to go to a special place for it because most restaurants hire aspiring artists to entertain their diners. These performances had no gimmicks, the musical instruments were acoustically simple… a guitar and a bongo sufficed… and the artists were dressed casually and spoke calmly. It was music in rawest form and the first time I understood the appeal of country music.

The one thing that I didn’t like about Nashville, isn’t actually particular to Nashville, and that’s the southern hospitality. At the risk of sounding like a cold Yankee, I just didn’t have the energy to keep up with it or always reciprocate it. All that friendliness and small talk was exhausting!  I swear my lips hurt from smiling so much in my efforts to return the warm reception. Hey… I’ve never claimed to be Ms. Congeniality, so sue me if I can’t turn the charm up to full blast 24/7.

Now that I’m done with that not so positive note, I’m going to end on a not so negative one. I didn’t fall in love with Nashville, but I did like it’s part in the history of American culture, it’s evolving sense of style, and it’s folksy energy… to an extent 😉