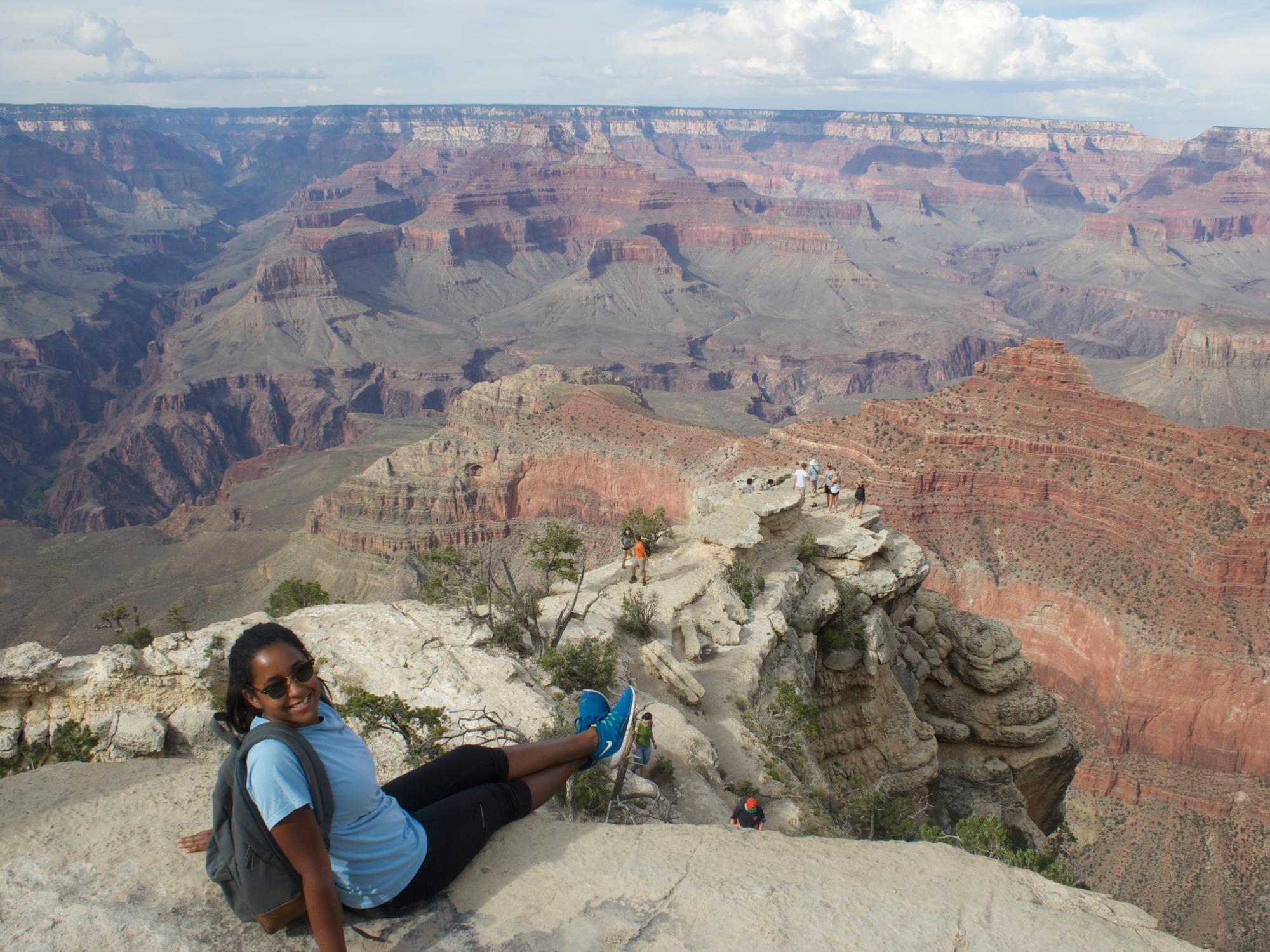 “God created the Grand Canyon, but he lives in Sedona” – New York Times, 1997

When I started my cross country road trip, I expected to feel like I was in States that might as well be other countries. But what I didn’t expect, was to feel like I was on another planet… a heavenly one at that. If Mars was a simple region on Earth, it would be Sedona, Arizona. 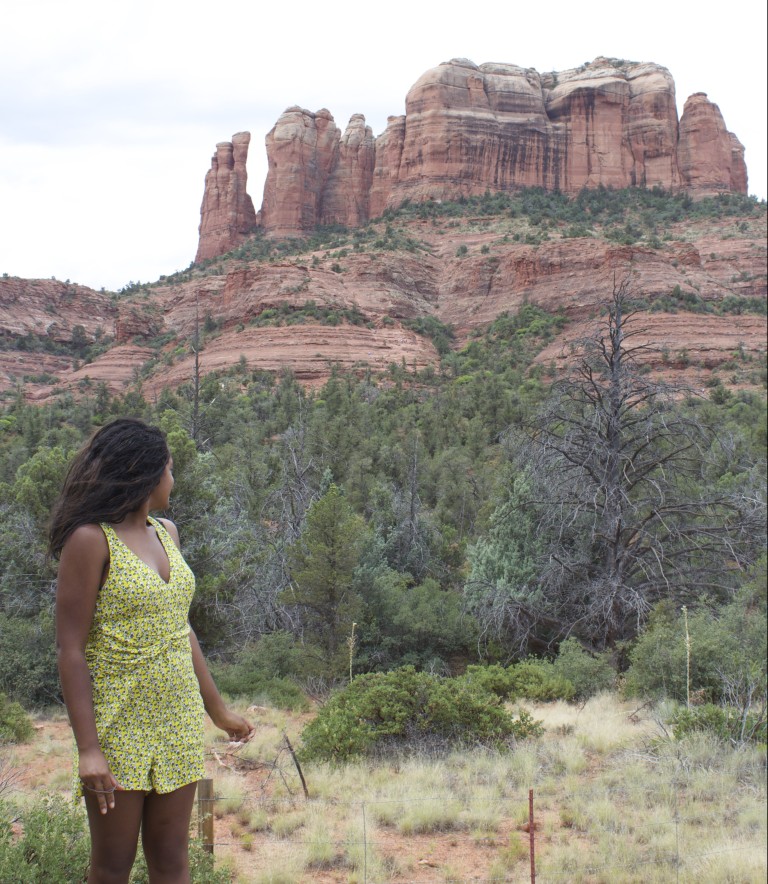 Red plateaus with mossy green tie dyed within. Slender roads that wind up mountains and offer a glimpse of the small streams that nourish the glowing red earth. Exotic flowers that look like they should be native to a Brazilian rainforest. 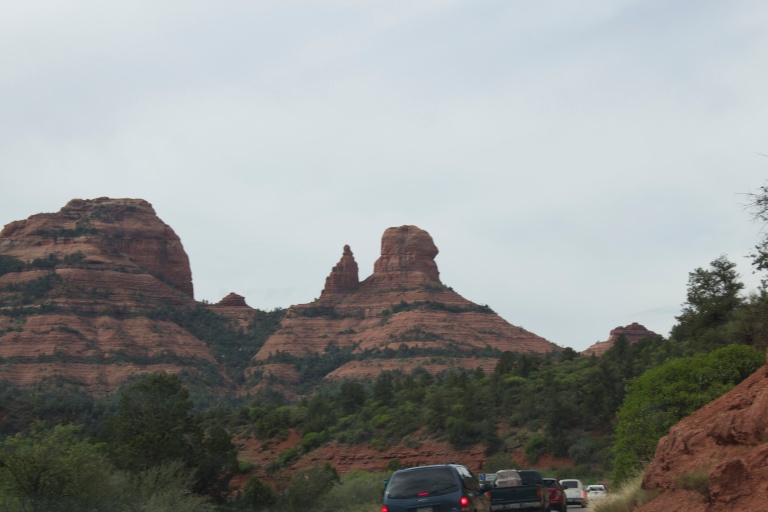 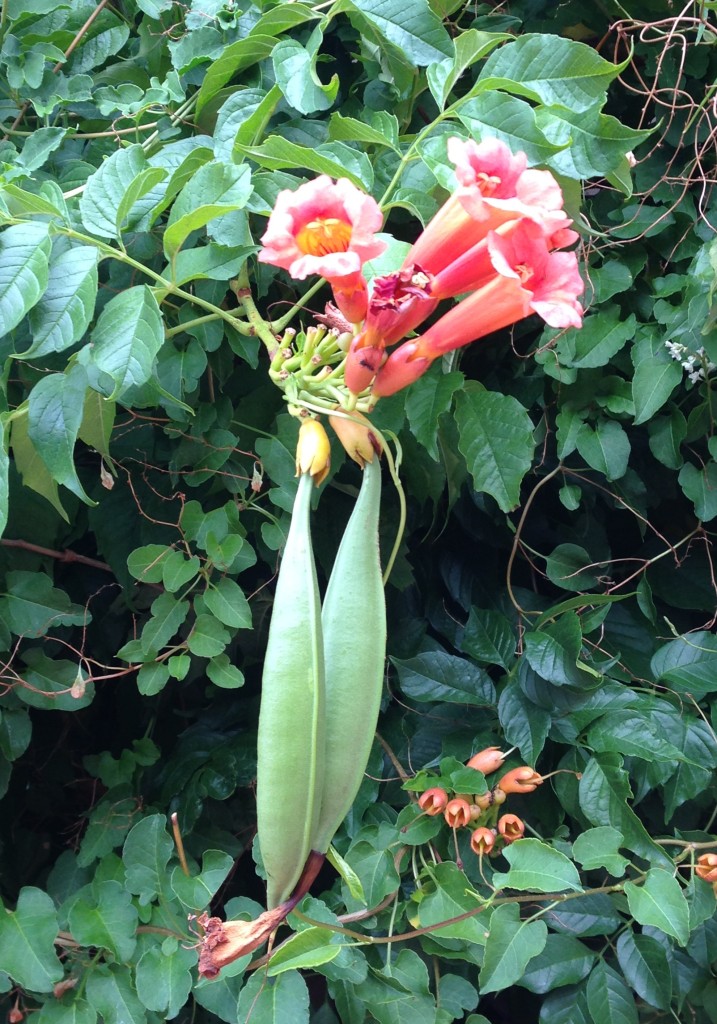 But before we explored Sedona, on our way out of Arizona, we stopped at God’s true masterpiece, the Grand Canyon. 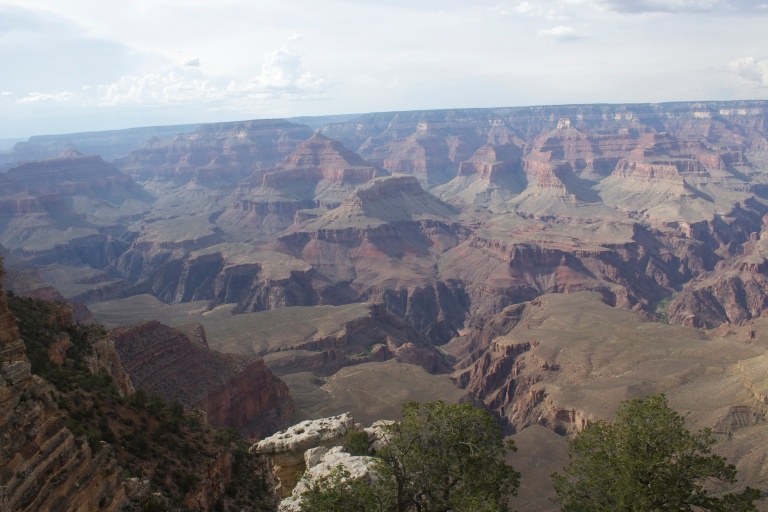 My sister is a mountaineer. She’s climbed ranges from the Andes in Patagonia to Denali in Alaska. She once described to me a sensation known as the mountain effect, where massive structures look closer and smaller than they actually are because our visually limited minds cannot process it’s unmitigated immensity. That is until something of a size we can understand, like a goat or another human on the mountain gives us some perspective, and just how minuscule that being is in comparison to the mountain, shocks us.  But before that perspective brings the mountain’s size to light, the mountain effect entraps you in it’s misrepresentative state and you feel like maybe, just maybe the laws of gravity don’t apply in this majestic part of the would. And maybe, just maybe, you can soar amongst these mountains. 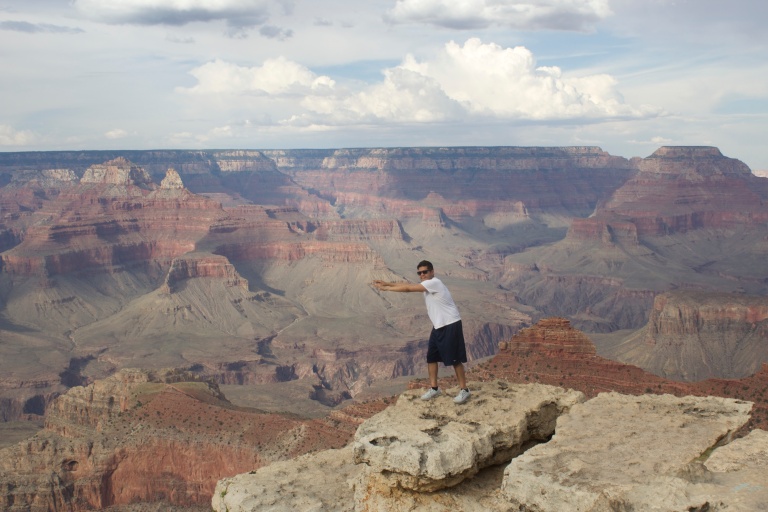 Staring into the perfectly crafted crevasses, gorges, and valleys of the Grand Canyon, there were times where I felt like, maybe, just maybe, I could soar. Like each cliff top was just a hop away and I had the unquestionable ability to get there. Like each river was well within my reach and I could run my hands over the ripples. But of course, as soon as I got to the cliff’s edge, I was overwhelmed with instinctual fear and the way down seemed very much real. 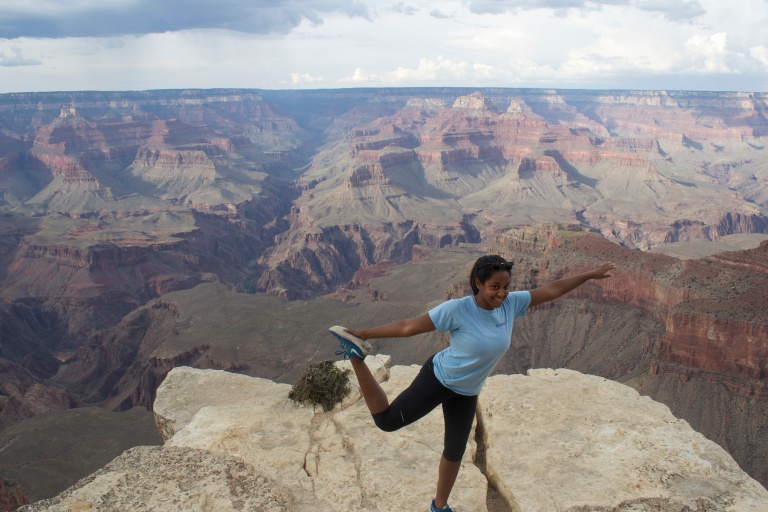 Although the Grand Canyon was our main destination, the ride to and through Arizona was more rewarding than expected. After the harrowingly long journey between Nashville and Austin, we decided to NOT do another 16 hour stretch of driving and made an unexpected overnight stop in Albuquerque, New Mexico. But when you spend time and money on a cross-country trip you make sure no night, planned or unplanned, goes unenjoyed. So, at a pit stop, that’s when I turned to Facebook and thought of who I could get in contact with. 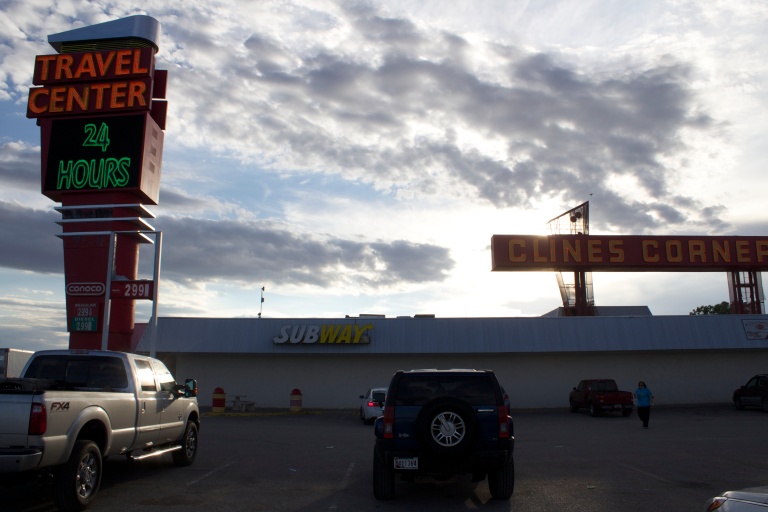 I hadn’t seen my good high school friend, Browning in 8 years. And even though we kept in contact,  when I sent a short and curt message… “Where do you live again? Albuquerque? I’m passing through tonight!”…  I was shocked and delighted to get an immediate response, and 5 minutes later, plans to meet for dinner… no questions asked. Here’s where I pause to say, I love my friends! It was a lovely treat to see her and, more importantly, to see how well she was doing. I meet her boyfriend and relished in their mutual adoration. I listened intently to her business plans and we all swooned about our obsession with the show, Shark Tank.  At the end of the night, we grudgingly and a little drunkenly made the boys take photos of us… for memories sake, of course. A couple of months later, I found out they were engaged. 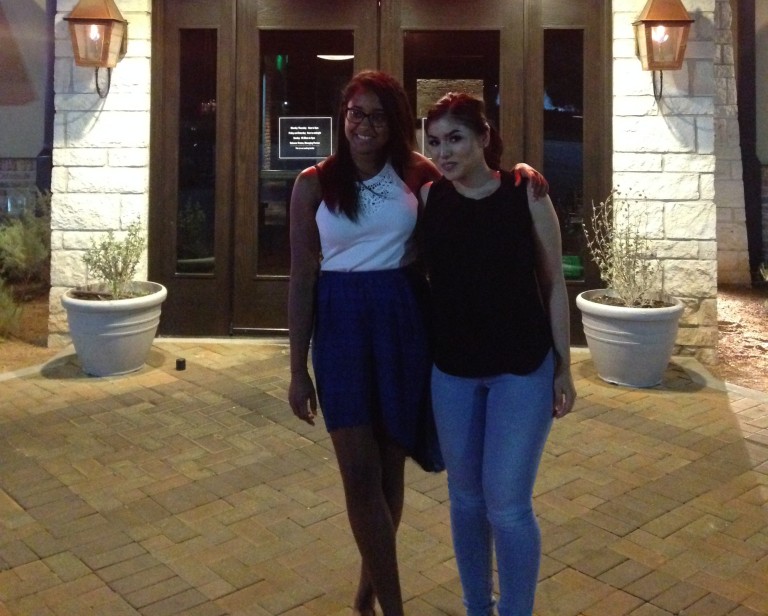 The next morning, we headed out early for the Grand Canyon, but only after making a quick stop to see Walter White’s house from Breaking Bad. We’re both big Breaking Bad fans, so it was basically mandatory. If it were up to me and if time permitted, I would’ve done the whole tour. Other than recognizing it, we could tell immediately which house it was because there were “No Trespassing” signs everywhere. The house is and always has been a private residence, so you can imagine how annoyed the owners were when we hesitantly approached the front lawn. The woman sitting in the garage, who, I couldn’t tell if she was guarding it, or just trying to enjoy her morning, gave us a blank uninviting look, before saying “You can take a photo from across the street”.  We didn’t need to say anything, she already knew what we were there for. 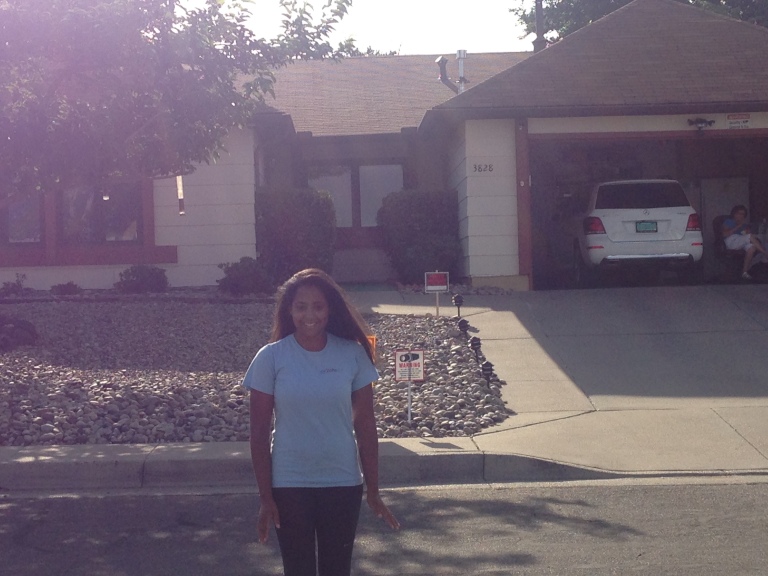 From the moment, we crossed state lines into Arizona, I could tell someone went through great lengths to make sure we knew we were entering special lands. Indian Country (Native American Country if you want to keep it politically correct). We drove through some iconic western scenery and stopped by some shops. There, I willingly fell for the tourist trap and bought dreamcatchers and Route 66 souvenir license plates, the infamous highway that connected Chicago to Los Angeles. I figured it’s not everyday I’ll drive through an area with true American history and wanted more than a picture to remember it. 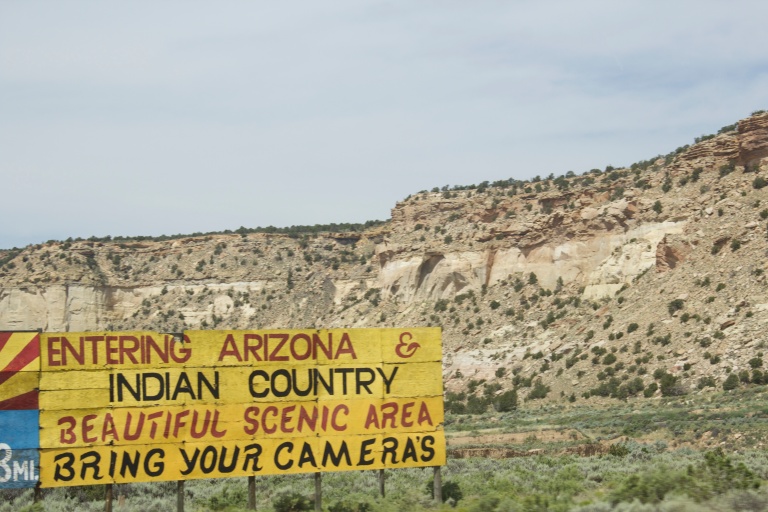 In case my a-chronology is confusing you, the beginning of this post marked the end of my mid-western adventures with a day in Sedona, but went in this order over the span of 2.5 days:

On our reluctant drive out of Sedona, we trailed an ancient railroad track that looked like it hadn’t been touched in since a debut appearance in a John Wayne movie. That is until the sound of the train whistle caught up and the iron beast huffed past us in salutation.  A grand exit from an ethereal residence. 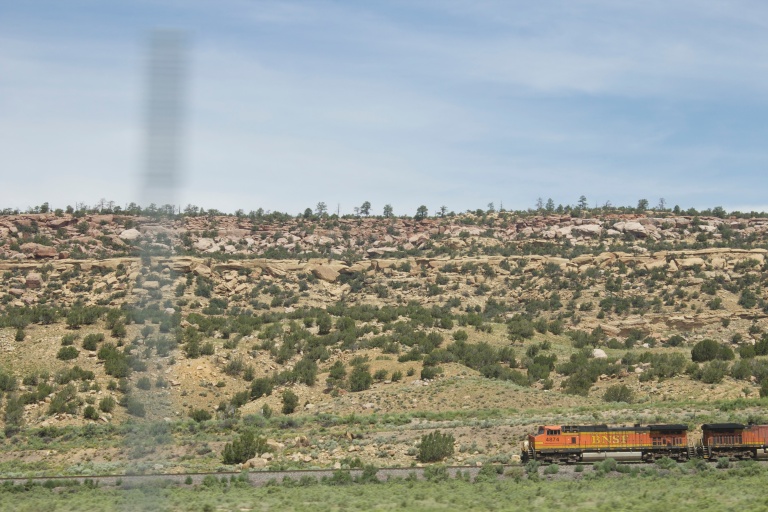 Up next, California dreaming in San Diego, Los Angeles, and San Francisco.

2 thoughts on “From Terrestrial to Celestial: Sedona and Grand Canyon”